skip to main | skip to sidebar

High on my special list of pathologically destructive corporations is Monsanto. Though their sins are legion, I’m going to focus on perhaps their most evil activity of all – their attempt to control virtually all farmers and all crop seeds, and to force those same farmers to use their genetically altered crops and toxic agri-chemicals.

Although this is hard to believe, farmers have been successfully sued by Monsanto when Monsanto’s genetically-modified soybean and canola plants have shown up in their fields, carried there by birds and the wind. One Canadian farmer, who had been selectively breeding his own canola plants with his wife for decades, was sued when some of these Monsanto plants were found growing in a ditch alongside his property.
This is where the entire affair, which is not unique to this one farmer, becomes positively Kafkaesque. Monsanto contended that this man had essentially stolen their seeds. They asked the court to levy a hefty fine, take all of the profits from his current canola crop, and most insidiously, they also asked the court to seize the man’s own proprietary canola breeds, the product of 50 years of careful selective breeding.

Because of a few plants found in a ditch, Monsanto not only wanted to bankrupt this farmer, they wanted to steal his intellectual property as well.

As utterly bizarre as it seems , the court upheld Monsanto’s claims in full. But this was no ordinary farmer. He appealed to Canada’s Saskatchewan appellate court, where the 3 justice panel again upheld Monsanto’s position.

He appealed once more, this time to Canada’s Supreme Court, which agreed to hear the case. Somewhere along the line, Monsanto must have felt the winds of change, because they suddenly agreed to an out-of-court settlement. Not only will this brave farmer keep his seeds, and not pay any fines, but Monsanto will be legally liable for eliminating any of their contaminating GMO canola that finds its way onto his land.
He has won, but thousands like him are daily being bullied, stolen from, and often bankrupted by this giant company that literally seeks control over the world’s seed supply.

Monsanto’s contracts, signed by any farmer who wants to use their seed, say it all:
The farmer cannot use his own seeds at all; he must only buy seeds from Monsanto
The farmer can only use Monsanto chemical fertilizers, insecticides and herbicides.
Monsanto’s private investigative force, mostly composed of highly-coercive ex-law-enforcement officers is permitted to search their land whenever they want, without notice, for 3 years after they stop using Monsanto seed.

Most incredibly: The farmer can never sue Monsanto. He must waive all rights to future lawsuits for any reason.

When Monsanto and the other big GMO companies first started pushing their ‘Frankenfood’ products, they claimed that they would never interbreed with other strains, and would never ‘escape into the wild’. Just the opposite is true: all over Canada and the USA, their GMO canola can be found, spreading like an invasive weed. It’s in ditches everywhere, and it’s crowding out other strains. Indeed, it looks as if it’s now virtually impossible to grow completely non-GMO soy or canola anywhere on this continent.

And just what are their seeds genetically modified to do? In the case of their canola, it’s called ‘Roundup Ready’, which means that the plants have been genetically modified to be highly resistant to Monsanto’s toxic Roundup herbicide. This allows canola farmers to blitz their fields with heretofore unheard of levels of toxic herbicides, a sort of slow-motion agent-oranging of the entire American and Canadian heartland.

The creation of plants that will allow even more poisoning of the land, even more toxic residues in our foodstuffs, even more depletion of bees, butterflies and other natural pollinators is doubly, triply evil.

The Europeans have been way ahead of us on this, banning GMO foods. A small band of Organic farmers is currently suing Monsanto for destroying their plant strains and infecting their fields. Not only do we need to support this David and Goliath struggle, but it’s time we revisit the entire GMO question. It’s time to ban all new GMO crops, and not just from commercial use, but from research plots too. GMO wheat is growing in small plots all over the US and Canada. Wheat is, of course, a relative of grass, and spreads just as readily. The fallacy that GMO plants can be segregated has been proven over and over. It’s time to take action and petition the Obama administration to follow Europe’s lead and ban GMO crops and crop research. 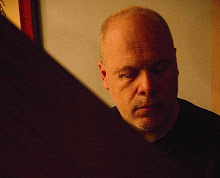 About Samuel Claiborne and this Blog

Yes, I'm aware that the Emperor has no new clothes, i.e. I'm attempting to burn off the consensual hallucination that is much of our mass culture and mainstream media.

I am a political animal who is sick of ad hominem attacks and personal assaults (from those who disagree with me on the Right and the Left). I yearn for civil, thoughtful discourse. Wanna play?

I am also not prone to 'party line' thinking - i.e. I am not exactly a liberal or conservative. If pressed, I might be a Taoist/Pagan/Agnostic/Anarcho-syndicalist/Capitalist/Constitutionalist/Libertarian (libertarian ideal, not the Libertarian party)

I am a commentator for Northeast Public Radio